Ever wonder which country in the world has the fastest internet?

Apparently Akamai Computing wondered about that as well.

In their Q1, 2013, “The State of the Internet” report, the company takes a look at internet speeds in different countries throughout the world.

Now, before we get into those results, we should talk about a couple of things first. Let me explain how the internet speed testing works, for those of you unaware.

The speed test is determined by upload and download speed connections. The study was conducted on countries around the world to see which one had the fastest connection in those areas. The results are kind of surprising for a couple of the countries, whereas, I’m sure everyone knew who first place would be.

If we went back a decade or so, we would be flabbergasted at the speed times we have today. Do you remember being a kid and trying to surf the internet on a dial up connection?

Yeah, let’s not think about those days, it might make us have some kind of aneurysm.

I’ve compiled the chart to demonstrate the results in a more fashionable manner. It’s funny because I don’t see my country on the list, way to go Canada! Even though Fredericton, NB, Canada was one of the first testing spots for high speed internet the world, we failed to continue with that research and upgrade our speed.

Are you surprised by the results as much as I was? 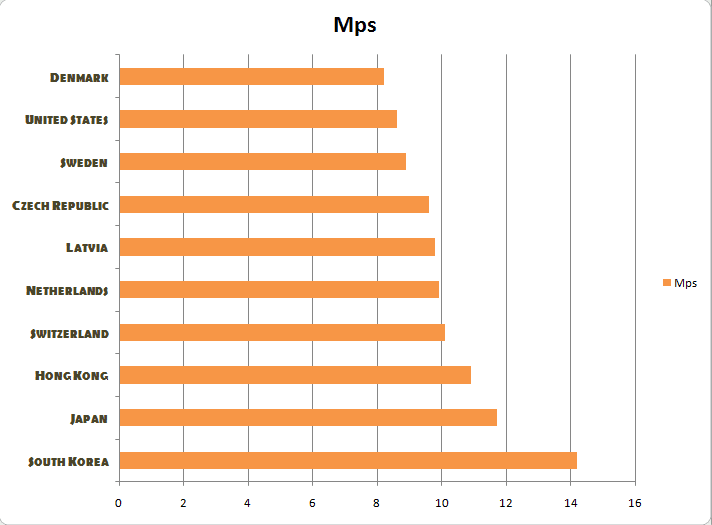