The recent decisions by the Federal Reserve to hike up the nation’s interest rates are projected to cost consumers up to $192 million more per month on their credit card balances — starting this month, according to Federal Reserve data.

The recent increases–beginning in December 2016– mark the first time that U.S. interest rates have been raised since 2006. The rate increase will be felt by those who have variable rate accounts — most notably credit cards — within the next one or two billing cycles. And if the Federal Reserve boosts rates two more times before the end of the year, as is forecasted, carrying a credit balance will cost you even more.

How this impacts the “average person”

The rate increase indicates that the U.S. economy has grown to the point that it no longer needs federal assistance and consumers and businesses can afford to pay more to borrow.

But for the vast majority of card-carrying consumers, rates are about to be higher than they were before the 2008 financial crisis. Most credit cards have rates linked to the prime, so rates are going up 0.25 percentage points on most of the $923.6 billion in consumer revolving debt reported by the Federal Register for the month of October 2016 (which is the most recent month on record).

The average credit-card balance per person and per card is about $7,500, which totals a measly $18.75 extra in interest yearly. However, the average person carries a total of $16,748 in credit card debt at an average interest rate of 15%. So when it’s all said and done, the average consumer will pay in the neighborhood of $40 extra in credit card interest per year.

The rate increase doesn’t just apply to credit card debt–it applies to other forms of debt as well. Here are a few examples:

**Note— long-term mortgage rates are not tied directly to the federal interest rate and may not be affected by an interest rate increase. Individuals carrying an adjustable-rate mortgage (ARM) are the ones most likely to be impacted by rate hikes.

These numbers alone may not seem like much but when you consider the total debt the average American owes–the numbers begin to add up pretty quickly.

Consider the table below: 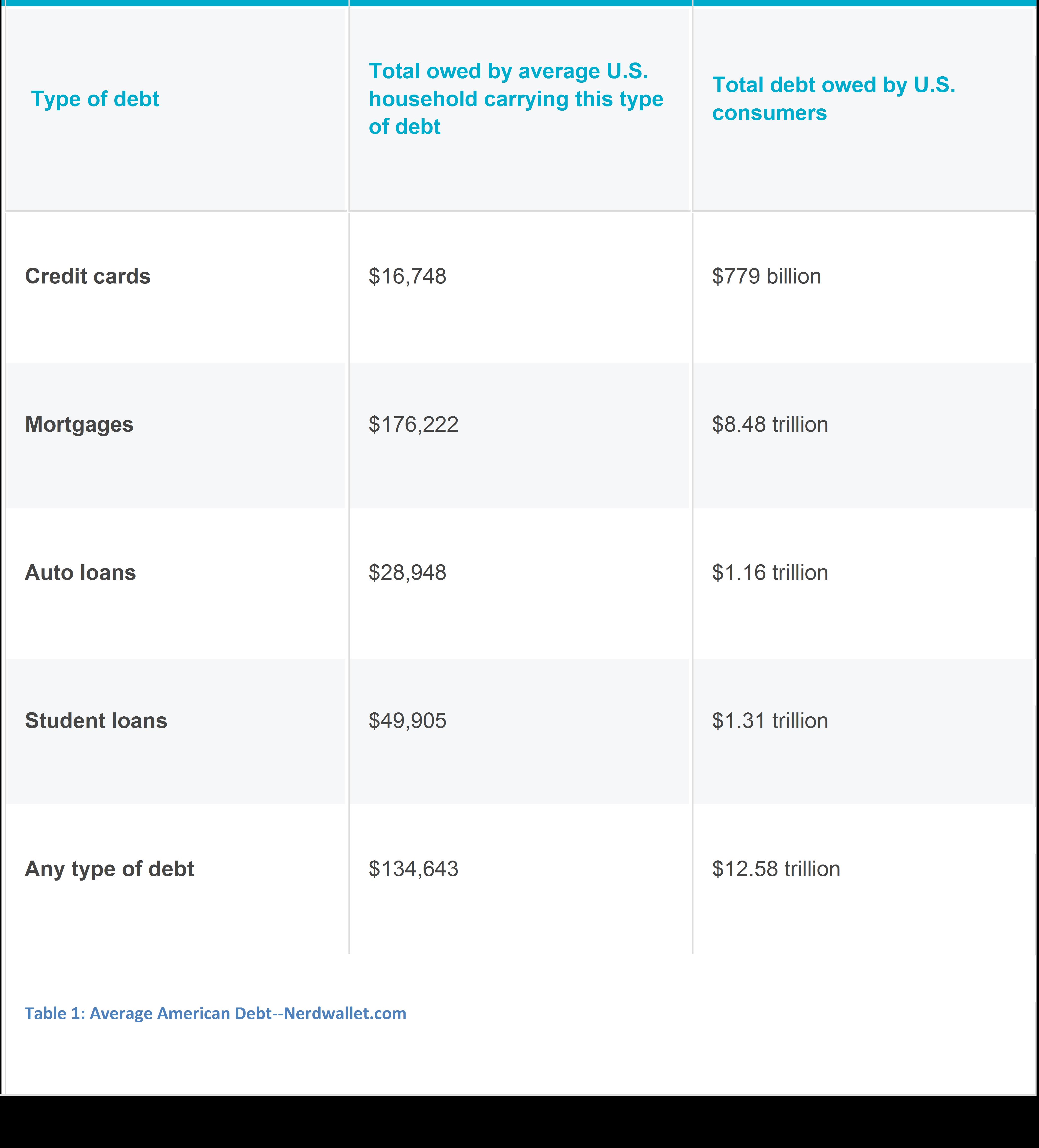 Rising rates means a longer repayment period for consumers. As the payback period stretches out and the interest rates increase, the risk incurred by lenders also increases. The result? Terms of credit will probably tighten and people with less than stellar credit may find themselves cut off from access to “cheap” or easy credit.

“Now is the time for cardholders to put debt repayment into high gear, finding extra room in their budgets to pay off those balances as quickly as possible”

• Use the Debt Dash or Debt Snowball to pay off debts quickly: Order you debts from least to greatest based on the balance and begin aggressively paying off the debt with the lowest balance first. Once that one has been paid move to the next lowest balance. Rinse and repeat until all of your revolving debt is paid. Research shows this is the most effective and efficient method for paying off debt.
• Try to lock in lower interest rates: Experts agree that doing what you can to lock in lower rates now will save you thousands in the long run. They also suggest those with ARMs to consider moving to a long-term fixed-rate mortgage as this may help provide stability and aid in the budgeting process.
• Don’t be late: This is just good advice–rate increase or not. Paying late or missing payments can be disastrous as most credit card companies levy hefty late penalties and jack up interest rates to the tune of 30% for one tardy payment.

While the rate increases are not the end of the world (and for most of folks, only a mild annoyance) you do need to plan and prepare for them.  Greg McBride, chief financial analyst at Bankrate.com has the final word:

“If you want to go from somebody who’s being hurt by rising interest rates to somebody who can benefit from them, pay off this debt and then funnel that money into savings instead of pouring it into interest payments each month.”