American Airlines Tickets Are Back On Orbitz

Travellers are once again able to buy tickets for American Airlines flights on Orbitz.

The company also owns US Airways, and threatened to remove those flights as well.

Orbitz charges a fee to list flights on its site, and the airline wanted them to lower those fees. Lower fees are necessary to stay competitive with low-cost carriers like JetBlue and Southwest.

A similar dispute happened only three years ago. In that case, a judge ruled that the airline had to sell its flights on Orbitz.

In this current dispute, an agreement was reached after only three days. American Airlines Group, Inc. is the largest airline in the world, with more than 6700 flights every day, giving them a strong negotiating position.

Do you book flights through Orbitz? Were you affected by this dispute? 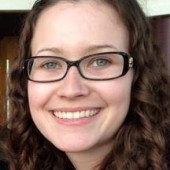