With the recent market of mobile games featuring in-app purchases, some users are finding themselves tired of it. In response to this, Apple has launched a new category for those annoyed users.

This category, called “Pay Once & Play,” is filled with games that do not have any in-app purchases, also known as micro-transactions. Meaning, that once you’ve purchased the application, you will no longer need to spend money on it.

The reason behind this sudden classification is not known, but it may have been with the idea that many of their so called “Free”  games still have in-app purchases and that really is not the correct naming.

Last year, Apple also changed the word “Free” to “Get” for Free-to-Play games.

You can find the “Pay Once and Pay” section at the featured section of the Apple AppStore shown at the end.

Classic games such as Grand Theft Auto, Star Wars: Knights of the Old Republic, and Bastion are apart of this new category.

Leave your thoughts below! 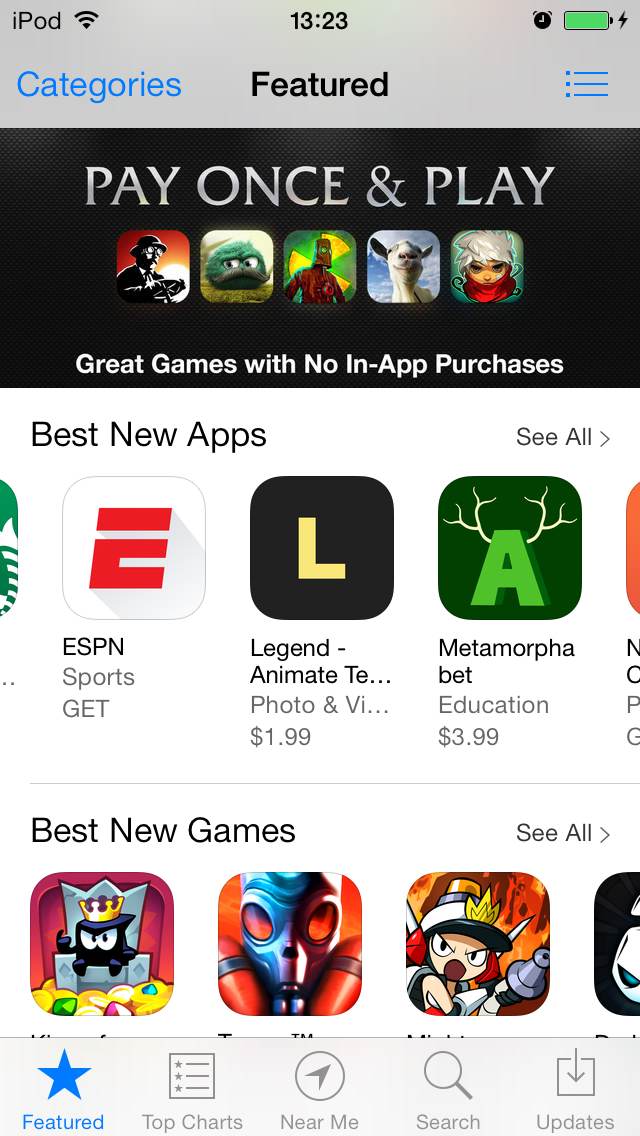