August Movie Picks: The Expendables 3, Step Up: All In & More

For the movie buffs who are preparing for August, here are some movies being released in August that are supposed to be huge hits!

“Step Up: All In” is the fourth continuation of the 2006 movie “Step Up” about a group of dancers, competing, and struggling to make their dreams come true.

Next up is “Let’s be Cops”  a comedy about two men who decide to dress up as cops for Halloween, then decide to take things a bit too far by taking on the full life of cops. This film stars Damon Wayans Jr. and Jake Johnson, and hits theaters on August 13.

“The Expendables 3” starring Sylvester Stallone, continues an old battle from a previous movie, one the group thought they had finished. When this occurs, new members are added to the group to make sure they are prepared.

I have heard some buzz about “Life After Beth” in which a man’s girlfriend, Beth, passes away, and then mysteriously comes back to life. Beth’s faded memory allows her boyfriend’s life to take some unexpected turns.

“If I Stay” is based off the teen novel about a girl who finds courage to follow her dreams and her heart, when a car accident causes a sudden change in plans. This film premieres on August 22 and stars Chloe Moretz, who recently starred in “Carrie.”

These are my picks for August, and I can’t wait to see what you guys think of them!

Do you have other picks for August?

If you do, let us know what they are. 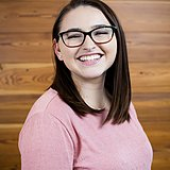