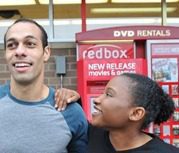 On Friday, Sept. 30, the Texas Rangers played again the Tampa Bay Rays in the first game of the American … Read more

On Friday, Sept. 30, the Black Eyed Peas performed for tens of thousands in a free concert in Central Park. … Read more

“50/50” is a good-hearted film about a very serious topic, but that doesn’t seem to be keeping the audience from … Read more

Tonight, Friday, Sept. 30, the Detroit Tigers will play against the New York Yankees in Game 1 of the American … Read more

An estimated 72 illnesses and 16 deaths have occurred in 18 states across the U.S. due to Listeria monocytogenes found … Read more

Amanda Palmer, recognized over the years as a singer, songwriter, “piano-slayer,” author, wife of the comic icon Neil Gaiman, and … Read more

This year’s Paris Fashion Week has begun, attracting a ton of different kinds of fashion, style, taste, and a horde … Read more

The newest addition to “The Real Housewives of Beverly Hills,” Brandi Glanville is not receiving a very warm welcome from … Read more