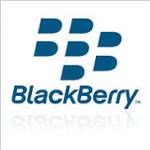 BlackBerry smartphones were highly popular a few years ago. They were actually a sign of political and corporate power, all culminating with the endorsement that came from president Obama. He publicly acknowledged at that point in time that he constantly used the phone.

But that appears to have been BlackBerry’s high point.

On Friday the company announced their low point to date. 40% of their entire workforce (around 4,500 employees) will be laid off.

Many analysts and investors believe that the company will never be a powerful smartphone maker again as this blow will be too big.

To make news even worse, although it is not yet official, the expected losses that will be reported by BlackBerry will be of around $950 billion according to Forbes. In addition, sales are believed to be at around $1.6 billion, which is lower than anyone anticipated.

Such reports can only mean one thing: BlackBerry is going down. Out of the 6 BlackBerry smartphones currently sold, 2 are expected to be discontinued soon. Everything looks like a replay of the Palm situation we saw in the past. Rebuilding the company will be difficult, perhaps impossible.

Such massive lay-offs will without doubt affect the moral of the employees that remain. It’s expected that many will start looking for a new job, as the one that they have will not be seen as secure. This can easily create a domino effect that can only hurt the company if it is not managed properly.

An interesting turn of events might be possible though. The Verge and other sources are reporting that Mike Lazaridis, the founder and Vice Chairman of BlackBerry, is considering making a bid for BlackBerry.

Many see him as the man responsible for BlackBerry’s downfall, so the board and other shareholders might not agree to that. However, perhaps someone else will step in. Only time would tell.

What does that mean for BlackBerry customers?

BlackBerry smartphone owners should not worry since nothing is expected to happen to the actual service in the near future. The company will still be able to meet the obligations that they have at the moment, even while laying off 40% of the work force.

Only time will tell if BlackBerry can every fully recover.

What do you think? Would you buy a BlackBerry right now?

I personally own one and am very happy with it. However, my next phone will be an iPhone. Are other CP fans in the same situation?