Facebook’s WhatsApp Buy – How Will This Affect Your Privacy On FB?

In case you haven’t heard, Facebook has bought the messaging service WhatsApp for $19 billion. (Yes, that’s billion, with a “B”).

This acquisition is making huge waves in tech world, but what does it mean for you?

The thought on everyone’s mind right now is that Facebook isn’t known for guarding the privacy of its users very well.

There have been a number of incidents of private information being made less private without users’ consent, which is worrying for a company that now owns one of the larger messaging apps on the market.

WhatsApp has made a strong point about not selling ads—it just charges users $1 per year.

So what’s Facebook’s play here? Why did they buy WhatsApp?

It’s likely that they wanted access to a very large group of users that they could potentially monetize, and to expand their reach into markets that they don’t currently have a strong foothold in.

Will we see ads on WhatsApp? Will WhatsApp be integrated with Facebook messaging? Will it be made a part of Facebook?

At the moment, we just don’t know. What we do know, however, is that a lot of people will likely jump ship upon hearing this news. Someone monitoring your social networking is one thing, but having then monitor your private messaging is another thing altogether.

We’ll be watching this development closely and keeping you updated whenever we get new information. You can look forward to a lot of discussion here and around the internet, and big marketing pushes by WhatsApp alternatives that can provide more security than the now-Facebook-owned service.

What do you think? What will Facebook’s purchase of WhatsApp mean for the average user?

Are you giving up on WhatsApp? Or are you just taking it in stride? 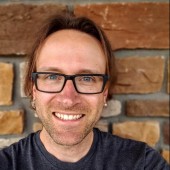