Last night’s season finale of “Grimm” proves that the show’s producers love to leave their seasons on a cliffhanger!

The final episode of Season Three has left many questions unanswered, although there was some joy in the episode as well. Monroe (Silas Weir Mitchell) and Rosalie (Bree Turner) were finally married, but some surprises put a dampener on the day for some of the other characters.

Captain Renard (Sasha Roiz) finally figured out what Adalind (Claire Coffee) was up to, but wasn’t able to warn Nick (David Giuntoli) or Juliette (Bitsie Tulloch) of her plans.  Adalind used her Hexenbiest powers to take on the appearance of Juliette in order to trick Nick into having sex with her.  Juliette was not impressed when she found out, but there was a wedding to get to.

Meanwhile Captain Renard rushed to their house with a potion to cure Nick, only to be shot several times in the chest by a rogue Wesen FBI agent.  Trubel managed to decapitate the man and Renard was able to explain to Trubel (Jacqueline Toboni) what needed to be done before being rushed to hospital.  So it was all down to the young Grimm to try and save Nick from an unknown fate.

Unfortunately she had to run into a wedding ceremony full of Wesen, who were not pleased to discover a Grimm in their midst. Nick, Juliette, Monroe, Rosalie and Hank (Russell Hornsby) managed to rush her into safety but not before the potion was smashed in the fray. Nick’s friends then realised that he was no longer able to see the Wesen when they changed, meaning Adalind has stolen his powers as a Grimm!

Meanwhile, Sergeant Wu (Reggie Lee) stumbled over some of the Grimm journals while investigating the scene of the shooting, which brought back frightening memories of his own strange encounter with a Wesen.

The episode finished with Adalind safely ensconced on a flight out of the country as Nick and his friends rush to find the Captain, and a possible solution to the loss of Nick’s powers.

Will the Captain make it? Will Nick get his powers back?

Well, viewers will have to wait for the next season to have these questions answered!

Season Four is due to air next Fall.

What did you think of the season finale? Leave your comments below! 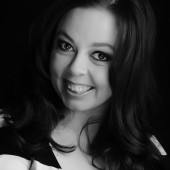