After having my one year old destroy 2 cases for my iPhone, I set out on a quest to find the ultimate baby proof case.

I needed something practical and that I could afford.

The Incipio Online Store lists the case for $79.99.

To find the technical specifications, visit the Incipio Atlas site.

I researched the case, and found that it was only rated 2.5 stars on Amazon, but received great reviews on various tech websites.

1) MacMixing gave it 5 stars, and claimed “It was the best waterproof case I’ve ever used.”

2) iLounge rated the Incipio Atlas 4.5 stars, and they were most impressed with the screen protector.

3) The Wire Cutter also credited the Atlas to being the best waterproof case they have used.

I ended up purchasing the Atlas from Groupon and have had it for 3 months now. Per my experience with the Atlas so far, below are a list of pros and cons.

• My daughter, who is 3, spilled a large amount of juice all over it. Upon removal of the case, no juice touched the phone.

• My son threw the phone, pretty hard I might add, onto the tile floor. No damage.

• It comes with a jack for a waterproof headphone option. I haven’t had a need for this, but it sounds neat.

• The case is very difficult to open. After a few bent nails, I have resorted to removing the case with a butter knife. The last attempt resulted in a small crack in the plastic on the rear of the case. The silicone is still in tact, so I am hoping for the best.

• Once in a while, there is a screeching noise in the ear piece during conversations.

• When I am using FaceTime or the speaker, the other party typically has difficulty hearing me. I usually have to remove the bottom clip for some improvement.

• When putting the phone back in the case, you have to place the cover just right over the ringer off/on button for it to function correctly.

Has anyone else tried the Incipio Case? What are your experiences? 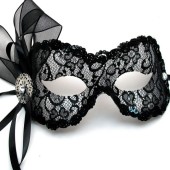