A farm in Mexico has been identified as the source of the recent Cyclospora food poisoning outbreak that has sickened more than 400 people in 16 states.

As already suspected, bagged salad was blamed as the cause.

The salads identified by officials in two states, Iowa and Nebraska, were sold at Red Lobster and Olive Garden restaurants.

Do we still need to be on the watch for infected salads at Red Lobster and Olive Garden restaurants?

No, according to a statement released by Mike Bernstein. the spokesman for Darden Restaurants, Inc, the company that owns these nationwide chains: “Iowa and Nebraska health authorities have said this is not an ongoing outbreak and the product is no longer in the food supply in those states. The health and safety of our guests is our top priority, and it is completely safe to eat in our restaurants.”

However, the investigation is ongoing.

Taylor Farms de Mexico, identified as the source of the infection by federal authorities, issued a statement saying their are fully cooperating with the FDA in the investigation.

Symptoms of Cyclospora food poisoning include severe vomiting and diarrhea.

It can be treated with an appropriate full course antibiotic regime, and the symptoms begin to show effect within one week of consuming the infected food.

No deaths have been reported due to the outbreak. 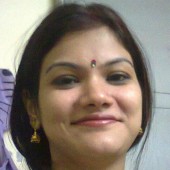 I am a doctorate in Foods and Nutrition and a nutritionist by profession. Since writing is my passion I chose to make that as my career and hence I have become a freelance writer.. Subjects related to medical and health related stuff inspires me.