Is A Chick-Fil-A Boycott In The Works? 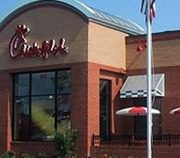 Chick-fil-A president Dan Cathy took a firm stance against gay marriage in an interview with the Baptist Press on Monday.

In the interview, he stated that Chick-fil-A is not a Christian business – which may come as a bit of a surprise to those of us who visit the fast food restaurant and are routinely told to “Have a blessed day!” when we pick up our food.

Cathy went on to explain. “In that spirit … [Christianity] is about a personal relationship. Companies are not lost or saved, but certainly individuals are.” He does feel, though, that Christians are missionaries in the workplace, according to the Baptist Press. “If you’re obedient to God you are going to be evangelistic in the quality of the work you do, using that as a portal to share [Christ],” said Cathy.

But what has stirred controversy, and has some calling for a boycott of the restaurant chain, was Cathy’s statements regarding gay marriage. When asked about the controversy, Cathy said “Well, guilty as charged” and that “”We are very much supportive of the family — the biblical definition of the family unit. We are a family-owned business, a family-led business, and we are married to our first wives. We give God thanks for that.”

The statement was a more mild version of an earlier comment made by Cathy on the Ken Coleman Show last month. In the interview with Coleman, Cathy said “As it relates to society in general, I think we’re inviting God’s judgment on our nation when we shake our fist at Him and say, ‘We know better than you as to what constitutes a marriage. I pray God’s mercy on our generation that has such a prideful, arrogant attitude to think we [can] try to define what marriage is all about.”

So has Cathy sparked a huge boycott of Chick-fil-A with his anti gay marriage comments?

According to ABC News, actor Ed Helms is jumping on the boycott bandwagon. But he’s the only celebrity that has gained much attention for taking a stance so far.

About 40 various Chick-fil-A boycott pages and groups have been started on Facebook, some several years old, with the largest only garnering 1538 likes since it was created – back in January of last year.

And a Washington Post poll (unscientific, of course) on this question is running with 66% in favor of continuing to visit Chick-fil-A, and 34% saying they won’t go there again.

On the face of it, the boycott doesn’t appear to be taking on much steam, at least not yet.

Are you going to continue going to Chick-fil-A, or has Cathy chased you away with his position? Leave your (appropriate) comments below!

I used to love to eat at ChickFila but I won’t eat there now. Mr Cathy should have kept his personal comments to himself because now he’s probably hurt all of their businesses in general. He should go back to the bible and re-read the verse that says we should not judge other people, that’s God’s job. I guess if you don’t share his beliefs it’s ok for him to judge you. Wonder if ChickFila would refuse openly Gay people’s money when they visit the restaurant?

I was eating chik-fil a with my grandchildren twice a week ..NO MORE… What a BIGOT Company you should be a shame

As a gay Christian (yes, there are gay Christians), I do not like Chick fil a’s bigotry. I will NOT eat there again until the company does something to prove that they are not against the GLBT community. Oh, and by the way, their food is not that great.

I really think that we, as members of the LGBT community, have been handling this whole Chik-Fil-A problem the wrong way. What we should do is go to Chik-Fil-As and order one item. While we are waiting for our food we should show tasteful PDA to our significant other that is with us in such a way that shows to them that we exist, they can’t stop that, and we are equal to every other customer that they have. I for one plan on doing this and offending insensible sensibilities. I wish this idea would spread around the internet to… Read more »

My mother used to get dinner for us every Thursday from Chick-fil-a. That will no longer happen. There is too much bigotry in this world to support a company that comes out and says gays and gay marriage is wrong. I don’t understand people that use God to belittle other human beings. The God I worship is a loving God. We are all his children.
I wonder how many of those people think Blacks, Jews, Irish, American Indians, etc. are less than anyone else. I will continue coming from a place of love for all my fellow children of God.

I will start eating at chick-fil-a more often. The food was always good. Now it’s twice as good.

I admire and respect Chick-FIl-A opinion on gay marriage. So many Christians are belittled and berated for standing up for God laws. What will these people do when they stand before God and explain their actions and reasoning I will continue to purchase food from Chick-FiI-A they have the best food around.

I’m sorry, but I didn’t know that our laws have to submit to the will of God. Our laws are for civil purposes and should not be for shaming one group in the name of a religion that he or she may not believe in. If my religion stated that all men should lay in bed with a least one man in his lifetime, and all women should lay in bed with at least one woman in her lifetime, wouldn’t your religion be against that? If so, then what decides what is a proper marriage? What religion defines the marriage… Read more »