LG To Implement Knock Code for G2 and G2 Flex

On March 25 LG announced that it will be introducing the latest version of Knock Code –  its popular security feature into its G2 and G2 Flex smartphones.

Due to start rolling out in April, the improved “knock” feature which has so far proved popular on recent models such as the G Pro 2 will become available for older models through a firmware update.

The G2 and G2 Flex models will be the first to receive the update with others expected to follow.

Knock Code allows smartphone users to access their phone through a series of pre-configured taps on specific areas of the screen.

With Knock Code you can designate any number of taps between two and eight and the screen doesn’t have to be on for the feature to work.

Where the previous knock technology only allowed users to turn the screen on or off, the updated version lets users completely bypass the lock screen and gain full access to their phone directly from sleep mode.

With more than 80,000 possible combinations, Knock Code has gained a lot of attention for being easy to use, convenient and according to LG more secure than bio-recognition or fingerprint systems found on rival phones.

The company has so far refrained from providing a specific timeline for the feature to become available but says it will announce details in the near future.

Have you used LG’s Knock Code? Share your experiences below. 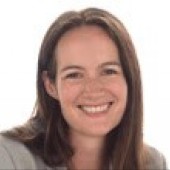