Lyft is to release in New York “soon” and will be focused in the outer areas of Brooklyn.

This decision came as a surprise to some, as most transit services focus on central New York.

Lyft states that they are focusing on the outer boroughs, namely Brooklyn and Queens, due to the lack of transit support.

“There’s a large need to unlock the city for people who want to access it at a lower price,” said John Zimmer in an interview with The New York Times.

For those of you unfamiliar with Lyft, it is a relatively new form of “crowd-sourced” transit, allowing consumers to connect with drivers without hassle.

To get a “Lyft,” you simply use the smartphone app to find a driver to share a ride with. The system is unique in the sense that the drivers do not charge for the ride, but rather the customer tips the driver an in-app transaction.

Common figures show that using Lyft tends to cost around 30% less than taking a taxi for the same distance, this discount will allow lower income families access to the larger New York area.

Lyft is currently available in over 60 cities, notable locations include: Los Angeles, San Francisco and Chicago.

What are your thoughts on open transit?

Leave your opinion in the comments. 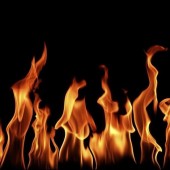