While Miranda was vocal about this album being different, a little tamer, a little less girl burning your house down; it definitely stays true to who she is.

It possess all the wit and attitude from her previous releases, but begins to grow up a little, looking back on experiences and where they’ve brought her.

She remains a strong woman who doesn’t take crap from anyone, and if you love Miranda, that is most definitely one of the reasons you do. Her songwriting is real and expressive, there are no frills and sweet words here that have absolutely no meaning, it’s chock full of real life.

The explosive Little Red Wagon is a dismissive and eye-rolling ode to a man who is more of a drain on life than a source of happiness.

There’s the hilarious yet bittersweet track, Priscilla, an obvious look at her life with husband Blake Shelton. She allows listeners to take peak inside her insecurities, but more importantly, she allows them to take a look at the veil she holds in front of them and how fragile it can be. It’s the reason Miranda can take a song and immediately make it hers, the ability to inject her experience into it, whether she put pen to paper for it or not.

A fan favorite is the laidback duet with Little Big Town, Smokin’ and Drinkin’, very much because of the subtle, soft style. While so much of Miranda’s sound is about revving the engine and going 100 miles an hour, much of her charm in these softer moments (the same reason first single Automatic was such a big hit). It’s a different side of her.

Another highlight is Bathroom Sink, from first listen any woman in the world will immediately understand the sentiment within the lyrics. The insecurities that each of us feel every day, how hard we strive to be something that maybe we’re not, and the regrets we carry with us because of our failures. It’s both a stark reflection of women today, and at the same time, somehow feels uplifting to see that a huge star like Miranda can talk about those things so openly. It remains, at the moment, my favorite song on the album. It’s about as close as country music can come to feminist rock.

Overall, Platinum is a hit from all angles. From the funny moments to the poignant, Miranda Lambert explodes from within the instrumentation and proves that she’s truly deserving of every ounce of success she’s had.

You can buy Platinum now across multiple online retailers, including iTunes, as well as at Target. 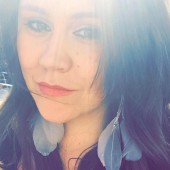 A graduate of the Musician's Institute in both Music Business and Performance, Autumn has spent time working for major and independent labels and radio stations, as well as marketing companies from Los Angeles to Boston. Her passion for music has driven her to help others discover artists and genres they may never have listened to before. Her focus is on pop and country music, but she's always willing to expand her ears. You can find more Country Music related articles at her website: www.jukeboxmixtape.com