After 33 years rockin’ and rollin,’ Motley Crew has decided to call it quits.

But before their official retirement, the band will be playing 72 shows in a two-year world tour.

The group made this announcement during a press conference this past week in Hollywood.

“This is a huge celebration for us. It’s going to be a really fantastic tour,” Nikki Sixx said, according to the band’s official Twitter account, which was posting updates from the announcement.

Vince Neil, Nikki Six, Tommy Lee, and Mick Mars form one of the most successful metal bands of all time. Since 1981, Motley Crue has recorded nine albums and sold more than 80 million copies.

Alice Cooper is scheduled to tour with the group. You can find tickets to a Motley Crue show near you by clicking on this link. 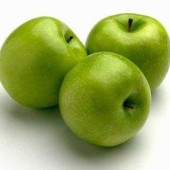 I'm a 23-year-old freelance writer from Wisconsin. I love writing about pop culture, music, television, health and wellness, and employment.