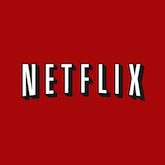 On Tuesday, Netflix announced a new relationship with Disney that will bring exclusive content to subscribers.

The deal is reported to include theatrically released movies from The Walt Disney Company and subsidiary studios including Disney, Pixar, and Marvel.

This new partnership should result in a larger selection of Disney content for Netflix subscribers.

But before you jump over to Netflix.com and get a subscription, there is a small detail to be aware of…

The Disney content they are talking about here won’t hit Netflix until 2016. We are a long three years from seeing the results of this agreement.

The Nexflix announcement states that they will, in the meantime, offer a selection of Disney movie classics, as well as features, with characters such as Mickey Mouse, Tinkerbell, and Winnie the Pooh.

Netflix goes on to state that, “for the first time in our largest market – new Disney movies will be available when and where you want to watch them on Netflix rather than on a premium cable channel.”

In addition, this agreement will also expand Netflix offerings beyond the classic cartoon shows and movies and will bring some of Disney’s favorite movies to the popular “Just for Kids” section.

For instance, movies such as the “Air Bud/Buddies” series will be available.  For older kids (and adults), Netflix subscribers will also have access to movies like “Pirates of the Caribbean: Curse of the Black Pearl,” a number of M. Night Shaymalan pictures, and movies like “Phenomenon,” “National Treasure,” and “Quiz Show.”

Netflix, whose business model has been shifting from a DVD mailing service to an on-line, on-demand content model, has faced new competition from other providers such Hulu.com and Amazon.com.

What do you think of the Netflix/Disney deal?  Leave your comments below.