Last week GoPro announced its newest action cameras that come with a number of great upgrades and a few surprises as well.

The Hero4 Black is priced at $499.99 and can shoot 4K video at 30fps, which many fans have been asking for since the Hero3 was launched, and records 1080p video at 120 fps. This makes the new GoPro Hero4 Black Edition much more suited for professional video projects.

The Hero4 Silver can be purchased for $399,99 and has very similar specifications as the previous Hero3/3+ models, with video maxing out at 4K/15 fps. Unexpectedly however, the Silver Edition has a built-in touchscreen, being the first GoPro camera ever to sport this feature. This will likely attract a lot of non-professional consumers – who don’t really need extremely high resolution video – to the Silver Edition.

In another surprise move, GoPro added a low budget camera to the lineup that is just called the Hero. The GoPro Hero shoots video up to 1080p at 30 fps and takes 5MP photos. Priced at just $129.99, this model is clearly targeting budget shoppers who just want a simple, affordable action camera that still makes great quality video.

Are you going to upgrade to one of the new GoPo models, or will the GoPro Hero4 be your first action camera? Please share in the comments. 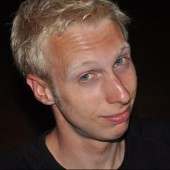 Avid surfer and traveler who likes to get up before dawn to catch a good surf session or before noon after a night out. Works mostly at Indonesian warungs.