Hello to all the gamers in the world!

The much anticipated PlayStation 4, or PS4 for short, is set to be released for the 2013 holiday season.

So what’s to be expected if buy a PS4 for your gaming entertainment?

Well, first of all, you’ll get a device that is significantly more powerful that it’s predecessor.

The PS4 features an 8 core processor, an enhanced PC GPU, and 8GB of RAM. One of the things that game developers are most excited about with the PS4 is its processing power.

When it comes to graphics, based on rumors, it sounds like it may a mixed bag. We aren’t likely to see the big leap forward like we did from the PS2 to the PS3. We’ll just have to see how that goes.

Sony revealed the Dualshock 4 Analog controller back in February. The handheld device includes wireless compatibility, a built-in touchpad, a share button, and even better rumble capabilities.

What’s still a mystery though, is what the actual console looks like.

That may change next month. Sony is expected to reveal the P4 in it’s entirety at this year’ Electronic Entertainment Expo (E3), which starts June 21.

Hopefully we’ll get some pricing info and a release date during the event as well. 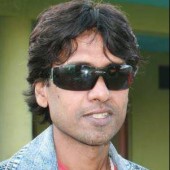 I am a nice, understanding, caring, sincere, honest, trustworthy, friendly single male from Delhi, India. I am an experienced writer. I have written many articles in different niches, a fiction book, and some poems.

My first News Article on an American News Portal.