If any of you are looking forward to seeing a Google Glass mixed in with your holiday cheer, I am sorry to say that you will be woefully disappointed.

Sources within Google have alleged that Glass, Google’s first attempt at entering the wearable computing market, will have its release date pushed back until sometime in 2014.

There is now a strong feeling among the media that Google will instead be releasing Glass to the public at their 2014 Google I/O developer conference.

Some say that this delay is a direct result of the pressure that new entrants have been putting on the wearable device market, forcing Google to reevaluate their precious plans for the device.

There are many other companies that are also looking to aid in humanity’s ascendance (or descendance) into cyborgism. We can be sure that all of the major tech companies, as well as many startups, have some kind of stake placed in the smart glasses arena.

Let us take a brief look at some similar offerings that are (or will soon be) available.

The M100 is a pair of smart glasses (still feels weird to say) that have been created by a Vuzix, a Rochester based technology firm.

The M100 is android based smart glasses designed to work peripherally with your android smartphone. The M100, similarly to Glass, has a tiny screen that is situated to the upper right hand side of the wearer’s vision and is equipped with an arm processor and 3g capability.  Unfortunately, there is no unique selling  proposition to promote the purchase of  this device over any of the other devices in this category. 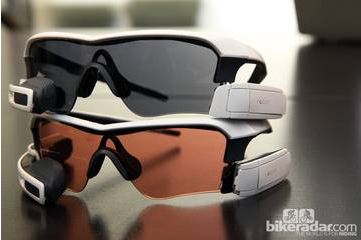 The Jet is a smart sunglasses device developed by Recton for a “cooler” audience.

The Jet sunglasses are packed with sensors and features such as an accelerometer, gps, and the ability to connect to a variety of external devices such as cadence sensors and heart rate monitors.

Retcon, unlike Google, seems to be more focused on the high performance sports market and, based on the features of this device, it is quite easy to picture the possible benefits to be gained by top level athletes.

The Meta Space Glasses is a device  that takes visual augmentation to an whole new level. 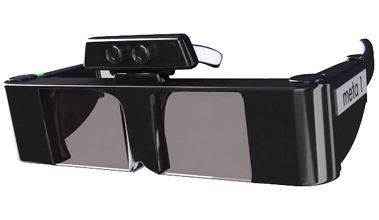 These glasses, unlike the offerings from Google, Vuzix or Retcon, augments the entirety of the users vision for a truly unique experience.

We know that Google, if not anything else, has at least heard of this competitor as they were one of the main highlights of Geekweek, the Google run Youtube promotion of all things nerdy and tech related.

Unfortunately these glasses are by far the most grotesque of the group.

Though it is impossible for anyone (apart from Google) to confirm the actual release date of Glass, what we know is that it will set you back a lofty $1500 dollars when it finally hits stores next year.