Trion’s RIFT team announced August 27th that the next chapter of RIFT, Nightmare Tide, is set to launch on October 8th of this year.

This marks RIFT‘s second expansion and it will be introduced with patch 3.0.

Preview the full list of new updates and things to do in Nightmare Tide here.

RIFT has received high praise since its release in 2011; the game has adopted a free-to-play in 2013 and is still going strong.

RIFT is available for free and can be downloaded at RIFTgame.com.

Be sure to pass the info along to your friends and followers using the share buttons below! 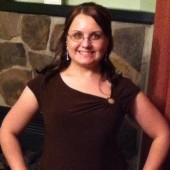