The bio-pic comes to theaters this holiday season,

Coming this December is a different kind of film from Walt Disney Pictures.

The studio has been known for its animated movies and blockbusters, but now they have a biographical drama called Saving Mr.Banks.

The movie will look into the life of the author P.L. Travers and how her collaboration with Walt Disney captured the hearts of children and audiences around the world.

There is certain to be more on the film in the months to come, but for the time being, we have the first pic from the film.

There’s not anything real dramatic revealed in the images, but it captures the time as well as the  leads’ characters.

Can this bio-pic live up to these cultural icons?

What are the dangers of Disney doing a film involving it’s own founder?

Let us know what you think in the comments section below! 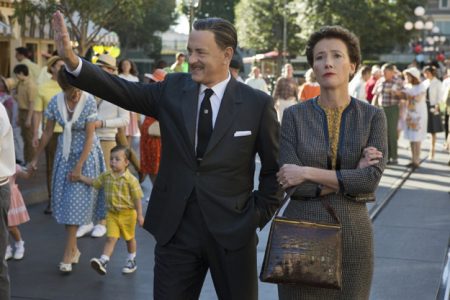