Steam Offering ‘Dust: An Elysian Tail’ For 66% Off As Part Of Midweek Madness Sale

Steam has offered up another great game as part of its Midweek Madness sale. This week, Dust: An Elysian Tail has been discounted by 66 percent.

That means that instead of having to pay the usual $14.99 you can get your hands on the game for just $5.10 per copy. This title has great artwork to go along with an immersive story.

As Dust, you will carry your unstoppable Blade of Ahrah while traveling with the sword’s guardian Fidget. Your adventures will carry you through one wondrous land after another with the goal of uncovering the story of an ancient civilization that is on the brink of extinction.

Put together by Indie game developer, Dean Dodrill the game offers up a combat system that is billed as being easy to use but hard to master.

The system allows you to take on many different foes at the same time, though dispatching them quickly is a bit of an art form that must be learned.

Steam will be offering this title for the deeply discounted price until Friday night so you need to run out and get it while the getting is good.

Unfortunately, Mac gamers are going to be left out in the cold for this deal as Dust: An Elysian Tail is only available on Windows. 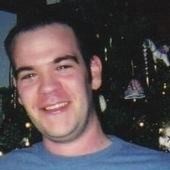 Oliver has been writing for over four years and in that time has written for two major technological blogs. Oliver has covered everything from politics to entertainment to technology and especially loves covering gaming.