Super Mario RPG: Legend of the Seven Stars and Punch Out! are the latest offerings in Nintendo’s reward program, Club Nintendo.

Both of the titles are for the Wii U and will set back members 200 coins.

Punch-Out!! Featuring Mr. Dream is a classic Nintendo game released on the NES which was then called Mike Tyson’s Punch-Out!! in 1987.

Players control a boxer fighting a series of opponents with unique moves the player has to figure out in order to win. It is often claimed as one of the best games released on the NES.

In addition to the the Wii U titles, Nintendo also rotated in two 3DS games into the mix. Club Nintendo members can now download Donkey Kong Jr. and PiCTOBiTS for 150 coins a piece.

All of these new offerings will be available for about a month.

Club Nintendo offers new rewards every month, so check back with CP soon to see what Nintendo has for members next.

What do you think? Are these offerings a step up from past rewards? Let us know what you think in the comments below. 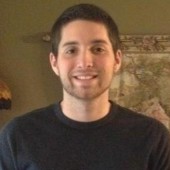