The long-awaited day has arrived: Supernatural fan-favorite Jensen Ackles has jumped on the Twitter bandwagon.

The actor has said in the past that he would never join social media sites, but he announced this weekend at the Supernatural convention in Vancouver that he had signed up for the social networking site.

Ackles posted his first tweet along with a photo from the convention: 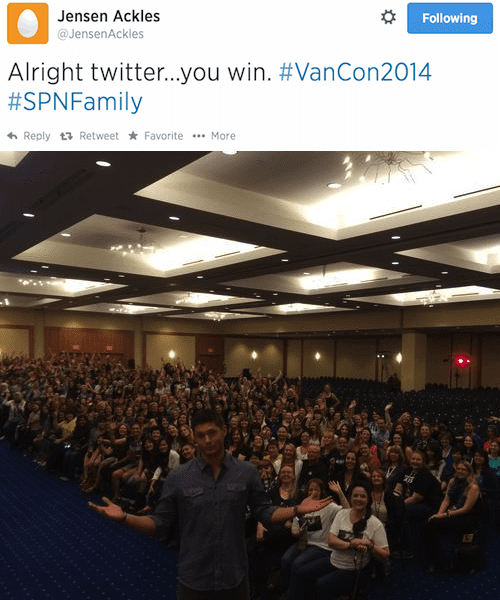 Are you excited for the #SPNFamily‘s newest addition to Twitter?  Let us know!

Hi! I'm Meg Thomson. I'm a 21-year-old undergraduate. I have a passion for film and television as well as beauty and makeup, and I'm excited to be able to share news and stories with you!