Tesla Motors no longer has the privilege of selling cars in the state of Michigan.

The ruling comes from Michigan House Bill 5606.  Not only is Tesla prohibited from selling cars in the state of Michigan, but it is prohibited from distributing information about their vehicle range.

While the bill does not actually mention Tesla, it bans Tesla’s business model.  Auto manufacturers are not permitted to sell their cars directly in the state of Michigan.  This is in support of General Motors and the other auto giants in the state.

If an auto manufacturer wishes to sell cars in the state, the company must delegate the sales to a franchise dealership.

Whether the law is strictly political or in the consumer’s best interest is not known for sure, but the signs point in the direction of politics.

What do you think? Comment below to let us know! 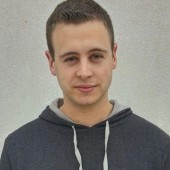 Kyle is a college student and a man of many passions. As an enthusiast of cars, writing, psychology, and music, he finds it rather silly that he should settle into one specialty in college. Instead, he just pursues them all. As a very involved and active psychology major at Mount St. Mary's University, he finds little time for what some call relaxing, but he certainly can make time for some chicken parmigiana or a juicy steak.