Some Big After-Christmas Tech Deals Now On The Table

It’s no secret that technology remains one of the hottest gift-giving genres out there.

With recent reports showing drone sales skyrocketing and expecting to hit $1 billion in 2015, giving the gift of high technology is as popular as ever.

Now the consumer’s eye turns to post-Christmas deals. Fortunately there are plenty to be found. Here is a run down of where the best tech deals can be found between now and the new year:

• JC Penny is offering 20-60 percent off of electronics

• Target is offering Beats by Dre Solo HD for $129

• Stream is offering (for the gamer in you):

• BioShock Infinite for $7
• Goat Simulator for $5

• A $50 off Xbox One coupon that can be used between now and January 3rd. When used in conjunction with the trade-in of any video game system the savings is doubled to $100
• For all Playstation 4, Playstation 3, Xbox 360 or Xbox One video games buy one and get the second for 30 percent off

Have you found more tech deals that should be listed here?

Leave them in the comments section, and be sure to share this info with your friends and followers using the buttons below! 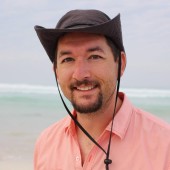