The Bourne Legacy Reviews: From “Dazzling!” To “Death Rattle!” 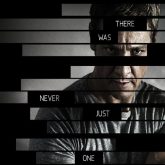 The Bourne Legacy is the fourth film in the series and it takes a completely new approach when compared with other series.

While Batman and Spider-Man started over, and other movies found ways to continue, The Bourne Legacy is presenting a parallel story that is focused around agent Aaron Cross. The lead actor is Jeremy Renner and there is no Bourne character, which was portrayed by Matt Damon in the past three movies.

Legacy was co-written and directed by Tony Gilroy and the movie is currently drawing in mixed movie critics reviews.

Kenneth Turan, critic for Times, declared that a movie based on Bourne but without Bourne is “a brash and risky move.” However, it is a move that did pay off. He added:

Manohla Dargis from the New York Times was not so impressed. She said that the new Bourne Legacy is:

“…less a thrilling franchise reboot than a solid salvage mission. The sympathetic Mr. Renner handles the action scenes persuasively, but Mr. Gilroy never turns the fight sequences, as both Mr. Liman and Mr. Greengrass did, into occasions for a surprisingly resonant sense of regret and even sorrow. Cross has his own qualms, as flashbacks reveal, but none of Jason Bourne’s deeply felt agonies or his strong sense of purpose.”

Other critics were really tough on the fourth Bourne film. Two of them are Ty Burr (Boston Globe) and Mick LaSalle (San Francisco Chronicle). LaSalle said that this movie is “a 135-minute death rattle”. Burr says that casting jeremy Renner was not a “bad second choice” but “Renner’s underwritten Cross doesn’t carry the same weight.”

Only time will tell if the audience loves the new super spy portrayed by Renner – and sales are not bad at the moment. Some major retailers are already taking pre-orders for the DVD.

Have you seen the movie? Add your own review in the comments section below!

Not seen it yet? Here’s the official preview trailer: