The Cardboard Bicycle: 100% Recycled Transportation For $20?

The cardboard bicycle is the brain child of industrial designer Izhar Gafni.

Nearly three years in the making, this mostly cardboard and recycled material bicycle will cost around $9 to $12 to manufacture, once in production.

According to ERB, the company handling the business aspects of the project, the Alfa commercial model is the third prototype and first operational model made of cardboard and 100% recycled materials. For a bike that weighs just 20 pounds it is surprisingly strong, supporting riders up to 485 pounds, according to the company. Despite its composition, the cardboard bicycle can easily withstand water and humidity. There are future plans to offer an electric motor as an option.

The company states that this belt-driven bicycle needs no adjustment or maintenance. As a result they believe it could be marketed directly to consumers at a much lower cost than traditional channels. In a Reuters interview, business partner Nimrod Elmish stated that “it could be sold for around $20”.

The cardboard bicycle is initially being targeted towards large companies as an employee vehicle and large cities as an inexpensive, light-weight and cost effective means of transportation. With prototype in hand, ERB is actively seeking investors to bring the project to the manufacturing stage.

Would you ride a bicycle make of cardboard? Let us know in the comments below. 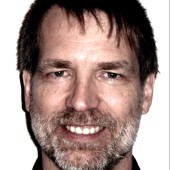