The Fault In Our Stars: Is Album Worth It?

The recent release of The Fault in Our Stars has hit the movie world hard and has brought along a top selling album with it.

The film’s soundtrack is currently number two on the iTunes Top Albums chart, which features artists such as Ed Sheeran, Grouplove, and Charli XCX.

Probably the most familiar song is the catchy “Boom Clap“, played out by Charli XCX, that has accompanied each and every film commercial.

It’s one of those songs that you only have to hear once or twice, and suddenly you’re humming along to it in the car and singing obscure versions of it while hanging around the house.

It’s a good song; feels like our generation’s neo-teen spirit compressed to just under three minutes and garnished with echos and electro-beats from 80’s teen movies.

Unfortunately, like many new movie albums, only a select number of tracks are available for individual download–deals offered by iTunes and Amazon.  Major retail stores, like Walmart and Target, offer the full physical album for purchase.

Thankfully, “Boom Clap” is for individual sale. But what about the rest of the songs?  Is the album really worth the buy?

Here are a few songs to consider, that are only available with the purchase of the entire album:

• “All of the Stars” by Ed Sheeran.  Painfully sweet and emotional, Sheeran’s voice is that of a storyteller’s and drifts with the melody.  A song that seems so full of hope, yet unbelievably sad and torn.  This could be your new slow jam.

• “Strange Things Will Happen” by The Radio Dept.  Ah, yes, the organ is cool again!  This song feels like a daydream, like you’re stuck in a fog and everything is going in super slow motion.  The end brings in this mimic of a bird’s song, a whistling sound that makes you feel strangely happy.  The title is definitely a dead giveaway of what to expect from such an odd concoction of unpopular instruments and light and airy vocals.  But somehow, somehow, it all works.

• “Wait” by M83.  This group came onto all of our radars when they dropped “Midnight City”, but this time they’ve slowed things down quite a bit.  The use of faint vocals with spurts of powerful notes, the middle interruption of an orchestra building up and an acoustic guitar leading out, this song screams sentimental.  This is the song that you stare off into the distance, sad face in place, pretending you’re filming your own angst-ridden music video.  If you’ve seen the film, then you know that this song is played at a monumental moment.

So, there you have it!  Just a few bits for you to check out; to test the waters and see if the album is worth a go.

Which songs do you prefer?

Did you buy the full album or just grab the ones you liked from the tracks available?

Let us know what you think of The Fault in Our Stars album! 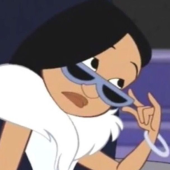