For the first time in five years, Starbucks is rolling out a new holiday drink: the Chestnut Praline Latte.

While the drink’s title is admittedly confusing—what exactly do chestnuts and pralines taste like? Together? In a latte?—the taste of the latte itself is simple and clean.

As with all Starbucks lattes, the CPL combines steamed milk with a shot of espresso and several pumps of syrup (“caramelized chestnut” syrup, in this case).

The drink is then topped with whipped cream and “spiced praline crumbs,” which, disappointingly, are actually just fancied-up cinnamon-sugar crystals. The lack of real nuts is likely due in part to the company’s need to accommodate those with allergies. As with the Pumpkin Spice Latte, which contains no pumpkin at all, the CPL does not contain real chestnuts.

For those who find the Pumpkin Spice Latte cloyingly sweet and weirdly orange, the Chestnut Praline Latte might be the better holiday beverage choice. The sweetness level of the CPL is comparable to Starbucks’ traditional Vanilla Latte, the main difference being the spices and the toasty, caramel notes.

The downside of the Chestnut Praline Latte is its nutritional profile. A Grande CPL weighs in at 330 calories, with 13 grams of fat and an astounding 39 grams of sugar. A few simple swaps, however, will cut the calories in half. A tall, nonfat, no-whip CPL will cost you just 160 calories, with 0 grams of fat and 28 grams of sugar. While the lower-calorie version is certainly not as decadent as its counterpart, it’s still pretty darn delicious. Trust me.

Add your comments below! 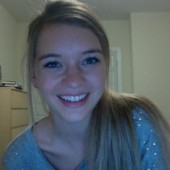