This comes just three months after the Twitter login page was updated prior to its IPO.

The redesign looks and feels like iOS and Android apps, which should strike a chord among desktop users just the same as it has with mobile users.

One of the more obvious changes that desktop users will see is the change of color of the navigation bar to reflect what you get on Twitter mobile apps. Users will now see a white toolbar as opposed to the black one. While the team was at it, they also decided to make the fonts smaller on the toolbar.

Everything, from the Twitter logo to the search box, has a minimized appearance similar to those of mobile devices.

A few less conspicuous changes have also been developed.

For example, page users can change the color of features such as the compose box just the same as they were able to do with feeds link colors. Some icons like Direct Messages have also gotten tweaks.

What Has Not Changed?

The latest Twitter redesign seems to have focused just on offering a much cleaner and attractive visual update while trying to get its desktop version up to speed with its already successful iOS and Android versions.

There do not seem to be any changes to the functions on Twitter or the addition of any new functions. Twitter simply decided to settle for a visual redesign, likely in an attempt to get the desktop version as popular as its mobile apps.

This Twitter redesign has been rolled out to a few users, first, to see how it performs.

The new redesign will likely have an impact on current desktop users and should get more people using Twitter, which is likely what the company is aiming to accomplish.

Would you be more likely to use the desktop version of Twitter now, with its visual redesign, or not? 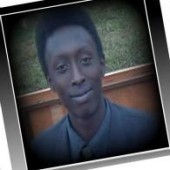