A new report suggests that the popularity of e-readers is falling dramatically.

Digitimes Research put the ‘blame’ for the decrease in numbers directly on the Amazon Kindle Fire. They say that the release of the Fire is causing a ‘substitution effect,’ 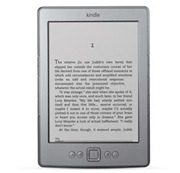 Not mentioned was the popularity of e-readers as gifts during the 2011 holiday season, which occurs during the fourth quarter, which would have boosted fourth-quarter shipments. A decrease in shipments going into the first quarter of the new year would normally be expected.

But the dramatic decrease in numbers may foretell of a long term change in the wind. With the dropping prices for tablets, and the merging of tablets and e-readers in many ways, the popularity of the e-reader as a device by itself may be fading.

By this time next year, will e-readers still be on the market… or will everyone just use tablets?