Apple Will Take Back 3rd Party Chargers, Provide New One For $10

Beginning August 16th, shoppers who purchased third party chargers for their Apple iPhone, iPad, or iPod will have the opportunity to turn them in to receive a discount on Apple USB power adapter.

Shoppers who return their chargers to an Apple store or authorized dealer will be able to purchase a manufacturer power adapter for only $10. The charger normally sells for $19.

Apple announced the buyback program in early August as a result of injuries from counterfeit and third party chargers. Most recently, a woman was electrocuted while charging her iPhone.

According to Apple, their products “undergo rigorous testing for safety and reliability and are designed to meet government safety standards around the world” and will not cause fire or electrocution.

Chargers that do not meet UL certification are at risk for causing a fire or electrical shock. Many counterfeit Apple chargers do not have that UL certification. Electrical devices sold in the United States should have a UL with a circle around it to indicate that it has been tested and certified.

In order to prevent further accidents, Apple is now attempting to collect as many of the counterfeit chargers and dispose of them.

You can recognize if your iPad, iPhone or iPod charger is counterfeit by checking for the certification label printed on the charger.  Apple products will also read: “designed by Apple.”

When returning their chargers, shoppers should be prepared to present the charger’s serial number in order to receive the discount.

For more information about the Apple Take Back Program visit: http://www.apple.com/support/usbadapter-takeback/

Will you be taking back your third party charger?

Let us know in the comments section below – and be sure to Tweet, G+, Like and Pin this page to pass this info along to your friends! 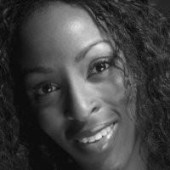