New details have been revealed about the much anticipated Breaking Bad spinoff, Better Call Saul.

Here is all that we’ve learned.

Bob Odenkirk will be joined by Michael McKean (Spinal Tap) who will be playing Saul Goodman’s brother, Chuck. In addition, Jonathan Banks will return as ‘fixer’, Mike Erhmantraut. Some fresh faces will include actors Patrick Fabian, Michael Mando, and Rhea Seehorn.

When we first meet Saul Goodman he is not Saul Goodman. In an interesting twist, he will begin the series as a “small-time lawyer searching for his destiny and hustling to make ends meet.” He’s known as Jimmy McGill.

Better Call Saul will take place in 2002, six years before the fateful meeting of Walter White and Saul Goodman in Breaking Bad. However, Gilligan will still use a flexible timeline explaining that “We like non-linear storytelling and jumping around in time.”

While Saul Goodman was such a big personality in Breaking Bad, Gilligan claims that “We didn’t know who this guy was at all, when you think about it.” Starting Better Call Saul in a pre-Walter White era gives the show more chances to explore the corrupt criminal lawyer’s back story.

Better Call Saul will also have a whole different look from the familiar desert motif. “It’s important that this not look like a carbon copy of Breaking Bad,” said Gilligan. Gould added, “We’re trying to make something that stands on its own.”

While Gilligan and Gould want to make sure they don’t create “the series equivalent of a clip show,” they’re not counting out the return of Breaking Bad’s most beloved characters. Gilligan discussed Bryan Cranston returning as Walter White, saying “If it makes sense we’ll do it.”

In addition, Walter’s number one enemy Gus Fring’s (Giancarlo Esposito) return was mentioned as another possibility. “There’s so much to be said about Gus,” Gould admits. Better Call Saul could be the perfect outlet to dig deeper into Gus’ dramatic entry into the meth business.

Gilligan also explained why the premiere date was pushed back from this November to early 2015. He confessed “I am slow as mud as a TV writer.”

But his meticulous planning is also what makes him such a great writer and made Breaking Bad such a masterpiece. Hopefully Gould and Gilligan can work their magic again and give fans another game changing show with Better Call Saul.

Better Call Saul has already began filming its 10 episode first season which will be followed with another 13 episodes in the second season.

What do you think of the direction Gould and Gilligan are taking? How do you feel about Jimmy McGill? 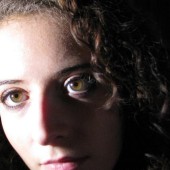