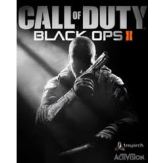 In addition to all the hype surrounding the next Call Of Duty series, Treyarch has released a new trailer for Black Ops 2 Zombies.

The new trailer looks like the in-game engine rendering.

The video has a run down bus come into a bus stop, the ambiance is very dark and everything is ruined or on fire. It seems to deliver the post apocalyptic world around the Zombies mode. As the video ends, the viewers are introduced to the zombies. They are seen in medical robes and appear to have escaped from the  hospital. The zombies are shown attacking the bus, running through flames in the process. Right before the video comes to an end, a zombie is shown tearing up a board attached to the window of the bus.

Examiner reports, “From the looks of it, Treyarch will actually be implementing some type of gameplay elements behind using a vehicle, that being the bus, in Black Ops 2 Zombies.”

The Black Ops 2 Zombies will be unveiled on September 26, according to the company

Here is the video released by Treyarch, tell us what you think of the Zombie mode in the comments section below.