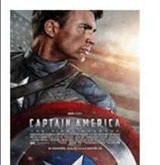 Word in from Netflix today that “Captain America: The First Avenger” will be available on the streaming service starting July 28th. The 2011 hit stars Chris Evans as Captain America. It’s the fifth movie in the Marvel Cinematic Universe and was followed by “Marvel’s The Avengers,” which premiered in theaters earlier this year.

At this point, Netflix has three of the six Avengers/Marvel Cinematic Universe movies: “Iron Man 2”, “Thor”, and “Captain America”. Unfortunately they are missing the first two: “Iron Man” and “The Incredible Hulk.” So no burrowing in for a long Netflix/Avenger marathon weekend with all of the Avenger series – at least not yet. It’s expected that Netflix will eventually get the most recent hit, “Marvel’s The Avengers,.” but it will be a while… perhaps 2013.

Netflix also told us that season 3 of “Warehouse 13” will be available starting August 1.

The 2010 Chris Rock movie “Death at a Funeral,” and the 2001 Sigourney Weaver/Jennifer Love Hewitt film “Heartbreakers,” will debut on Netflix on August 1 as well.

Netflix has been criticized in the past for it’s stale content, but there does seems to be a widening stream of new, fresher, content appearing lately. Earlier this month, Netflix announced that the second season of “Pretty Little Liars” would debut on their service on July 3, and the second season of “The Lying Game” is on it’s way (no date on that one yet).

Are you looking forward to the new shows and movies on Netflix? Tell us about it in the comment section below.