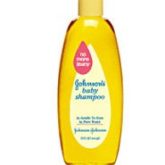 Johnson & Johnson is removing controversial chemicals from almost all their cosmetics and toiletries, according to an announcement from the company.

Johnson & Johnson, whose products include makeup, baby and skin care items, shampoos, and other personal care goods, decided to do this after numerous environmental and health groups pressured the company to do so.

In a recent interview with The Associated Press, Susan Nettesheim, product stewardship and toxicology vice president in Johnson & Johnson declared:

“We want people to have complete peace of mind when they use our products. We’ve heard from consumers that they want to understand more about our plans. They want more transparency.”

In an effort to ensure this transparency, the company just launched a new site, www.safetyandcarecommitment.com. Johnson & Johnson said the site will provide information on exactly what they do to ensure that the ingredients used are of high quality and safe. However, at this time, there are no details or timelines on the removal of chemicals from their existing products.

Johnson & Johnson said they will remove certain  ingredients from its No More Tears shampoo by the end off next year, and the adult products will see a reformulated re-launch until the end of 2015.

The move is seen as a good one by groups that have attacked the company in the past. The FDA does not regulate cosmetic products, which has concerned consumer groups in the past. The two chemicals that will be removed first are formaldehyde and 1,4 dioxane. Both of these ingredients are currently listed in the US as carcinogens.

Based on this decission, it is expected that Johnson & Johnson cosmetic sales will grow in the following years.

Thanks for supplying these kinds of a fantastic article, it was exceptional and extremely informative. as a first time visitor to your website I am quite impressed. I identified a lot of insightful things in your write-up. Preserve it up. Thank you….

This is a very great site submit. I favored to perform with you. Many thanks….for very good website..!!!…