Don Cornelius, of “Soul Train” fame, was found dead at approximately 4 AM this morning in his Los Angeles, California, home. The cause of death is an apparently self-inflicted gunshot wound to the head, according to Los Angeles police. Cornelius was 75 years old.

Cornelius was the creator and host for the dance and music show “Soul Train,” which began airing in 1971. What a different world it was back then. Cornelius modeled the show after Dick Clark’s “American Bandstand”, but featured black musicians and dancers, African-American culture, and ‘soul’ music. The show ran for 35 years. It was popular with a wide range of ethnic groups, and became an icon of its time. 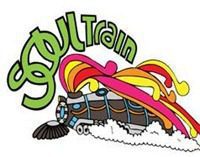 Of course, during the 70’s and 80’s, we had no idea just how much influence this show would have on the future of music, dance and entertainment. We just thought “Soul Train” was groovy.

A clip from the show – with one of those groovy songs – is posted below. It includes an intro from Cornelius calling the song  “One of the baddest things around.” In the spirit of full disclosure, I must admit at this point that this song is one of my all time favorites (much to the embarrassment of those around me when I ‘sing’ and ‘grunt’ it out).

“Soul Train” provided exposure to a huge number of current (at that time) and future celebrities. You may be surprised by some of the greats that appeared on the show. Rather than make a list here, we’ll link to a write up on “Soul Train” at Wikipedia. Cornelius ended his role as the host in 1993, but the show itself continued on until 2006.

The motivation for his apparent suicide is unclear at this time, but there are reports that his health was failing and he was suffering from dementia.

The show’s title, with the animated train and drawn out “sooooouuuuullllllll Traaaaaiin”, and Cornelius’s closing words “We wish you love, peace and sooooouuuuullllllll,” will long be remembered by those of us who grew up in the 70’s and 80’s.