Drake finally dropped a Views from the six spoiler in the form of album art in a tweet yesterday.

The Album art features the Canadian rapper zoomed out on top of Toronto’s CN Tower and is being used as a meme for twitter humor.

The Views From the 6 will be Drake’s fourth studio produced album and is rumored to feature artists such as Jay-Z, Kanye West, Amber Rose, Popcaan as well a Nigerian artist, Wizkid.

Drake and Future will be teaming up for the “Summer Sixteen” tour which will kick off in Austin on the 20th of July.

The tour is going to be sponsored by Apple music, which also funded the creation of the Hotline Bling video.

The partnership could make it possible for fans to stream exclusive performances of the tour.

Ticket sales start on the 29th of April. The 32-date tour includes stops in Vancouver and Toronto.

What are your views about this? 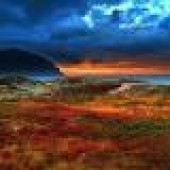