Galaxy S II Getting ICE, No US Date Yet

Samsung started rolling out its update to take the Galaxy S II from its current Android 2.3 (Gingerbread) version to Android 4.0 (Ice Cream Sandwich) today… but not yet in the US.

The update for the popular Galaxy S II smartphone from Samsung will begin rolling out across Europe and Korea today, then continue rolling out in other countries during the following days. 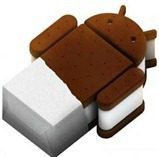