Though both the Titan II and the Nokia Lumia 900 were scheduled for a Sunday, April 8 launch, many AT&T stores were closed for the Easter holiday. That made for a rather awkward launch, as the phones were, for the most part, only available for online purchasing on the first day they became available.

However, both phones were available for pre-ordering and some shoppers who pre-ordered have reported that they began receiving their phones on Friday. 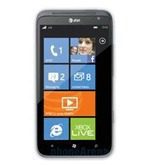