Apple revealed their new iPhones this week, the iPhone 6s and 6s Plus.

Improvements include better cameras, faster processors, and new technology that can measure the interaction with apps and menus items based on the pressure a user exerts on the screen.

But when it comes to top-of-the-line phones, the iPhone is no longer alone in its field.

Apple faces competition not just from classic competitors like Samsung and LG, but also from Motorola, Xiaomi and Huawei.

Here are some great iPhone alternatives to consider:

The Samsung S6 Edge Plus

Samsung is a clear competitor when it comes to design and luxury. Both of these elements come together in their latest smartphones, the Galaxy S6 and Note 5.

The Galaxy S6 Edge Plus certainly stands out for its curved sides, but the design comes with some usability issues. The phone’s screen goes around the edges, which makes using the phone with just one hand a little difficult without touching the edges.

On the plus side, the phone has the largest screen display on the market, bigger than the iPhone 6 Plus!

Another feature that makes the S6 Edge Plus a great alternative to an iPhone is battery charging. The phone can be charged wirelessly and quickly. It takes just 35 minutes to fast charge the battery to 50%.

The new LG G4 has a very attractive and modern look and design.

The phone also has a nice leather cover, but one must be careful not to scratch the phone or screen. It’s not as tough as its competitors.

With a 5.5 inch screen, the G4 has a resolution of 2560 x 1440 pixels with a density higher than 538 ppi, allowing it to show greater contrast and color sharpness compared to previous LG phones and many current phones from other companies.

The camera is the real high point here. LG boasts that the G4 allows users to take photos like a professional. The camera has a diaphragm of 1.8, allowing more light in than other smartphone cameras. This allows for some beautiful and interesting exposure abilities.

What the Moto G3 lacks in design it makes up for in toughness.

Motorola does two things really well: make accessible phones and have high quality hardware. The G3 is a great example of this.

It has a 5 inch LCD screen with a resolution of 720 x 1280 pixels and a density of 294 ppi, well below its competitors. The phone has 2GB of RAM compared to Apple’s 1 GB. Motorola only offers the Moto G3 with 8GB or 16 GB of memory though.

The selling point of this phone though is its durability. This phone can get blasted with and even completely submerged in water and still work!

What are your favorite alternatives to the iPhone? 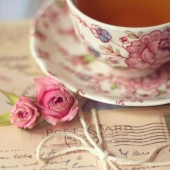 Lisa Bosco is a freelance writer, blogger and artist. She enjoys shopping and finding great deals. She can be found at her personal beauty blog or writing at My Fierce Body.