Jim & Pam Head To “Roy’s Wedding” On The Office 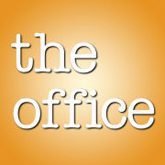 After a somewhat subpar season premiere, the second episode of The Office, “Roy’s Wedding,” brings the show back up to standard.

In “Roy’s Wedding,” this is exactly what happens for Jim and Pam. And although the wedding winds up less awkward than Jim expects, it’s still full of surprises.

Jim and Pam are surprised again and again by how much Roy has changed. He’s even learned to sing and play the piano for the wedding. This leads Jim and Pam asking themselves…can they still surprise each other?

This is the first time in a couple of seasons that Jim and Pam’s relationship has been interesting. As it turns out, no, they can’t surprise each other. They know each other like the back of their respective hands.

The only secret is the one Jim hasn’t told Pam – that he accepted his friend’s job offer in Philly that he and Pam agreed he wouldn’t take. Jim’s secret is interesting at the moment, but doesn’t feel like something that can be played out for more than a couple of episodes.

The rest of the episode showed new guy Clark being a creeper and Nellie’s continuing attempts to get a leg up on office manager Andy.

Clark showed his true, creepy colors by convincing Erin that he got her an “audition” to be a news anchor. At his apartment. At night. Involving red wine and sexy clothing. Totally legit!

Erin, being as naive as she is, totally falls for it. Andy falls for it too, and actually gives Clark a credit card and tells him to go shopping with Erin for the clothing she’ll need.

With all of her ideas being turned down by Andy, Nellie decides to go with the one thing he can’t turn down – charity. Andy’s on board, but not for Nellie’s sake. He’s doing it “for the preservation of nautical flag signalling.”

Dwight, of course, is against the idea because “there’s no evidence that charity works.” This leads to a cold war between Nellie and Dwight that comes to a head when Dwight has to cut off Nellie’s hand. Surprisingly, this felt more in line with Dwight’s character than last episode’s slack line ordeal.

All in all, “Roy’s Wedding” felt more like The Office that I know and love than the premiere. It showed a focus that ” The New Guys” was lacking, and Clark and Pete add an unexpected but welcome dynamic to the cast.

The Office airs Thursdays at 9/8 c on NBC.