A few weeks ago Netflix made the controversial decision to hike its prices, splitting its services into two different legs.  Instead of paying $9.99 for Streaming and DVD’s by mail, you will now be paying $7.99 each for two separate services.  Initially stock prices soared to $304.89 the day after the announcement, unusual seeing as users were not happy about the new pricing model. 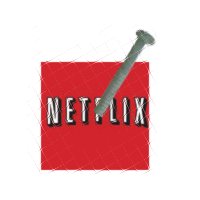 But it seems that now the other shoe has finally hit the ground.  Yesterday Netflix stock price fell to almost 10% below its high point of a few weeks ago.

And that wasn’t then end of bad news for Netflix.  Reports are indicating that Apple might be in talks to buy one of Netflix chief competitors, Hulu.  Hulu is currently owned by Disney, News Corp, and Comcast, and while is streams mainly TV shows it has begun throwing its hat in the movie streaming ring.

So with a study finding that consumers dislike Netflix as much as they dislike Blockbuster; stock prices falling; Apple in talks to buy its chief competitor; and reports that Sony may be pulling some of its content from Netflix’s streaming service – what might this mean for you?

It could mean that Netflix pulls back on its new pricing plan, or it could just mean higher prices for less content.  At this point Netflix still has the largest catalog of streaming content, but seeing as how you can stream Hulu+ and Netflix through computers, phones, tablets, TV’s, and game consoles, Netflix time at the top might be at an end.