Walt Disney Pictures has released their first teaser trailer for their upcoming adaption of the Sondheim musical, ‘Into the Woods.’

This ensemble movie musical has an impressive cast, including Meryl Streep as The Witch, Anna Kendrick as Cinderella, Emily Blunt as the Baker’s Wife, Chris Pine as Prince Charming, and Johnny Depp as The Wolf.

“Be careful what you wish for,” the film’s tagline reads.

‘Into the Woods’ artfully weaves several fairytales together, including Red Riding Hood, Cinderella, Rapunzel, and Jack and the Giant Beanstalk.

Each story is uniquely tied together by the mysterious and embittered Witch, convincingly played by Streep.

The film has a decidedly dark and gritty look to it, but fans of the musical are no stranger to the dark themes throughout the original Broadway show. 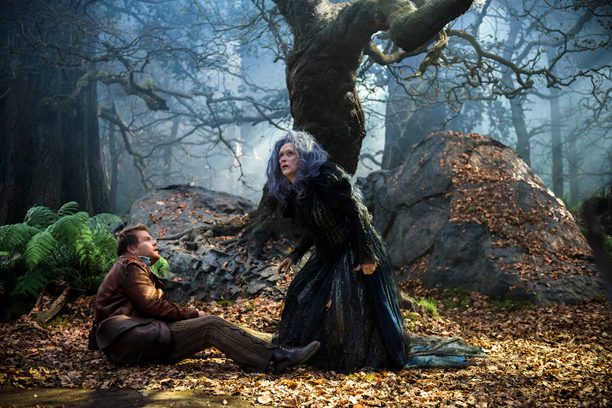 While the footage reveals lavish costumes and whimsical world-building, it’s as though the whole cast and set has had gobs of rust and dirt thrown at them.

Check out the trailer below for all the magic to come this holiday season.

Disney’s Into the Woods Trailer on Disney Video

‘Into the Woods’ arrives in theatres on Christmas Day 2014.