According to the International Labor Organization, over 215 million children worldwide are forced to work in sweat shops. Until now, there has been no way for consumers to determine whether or not a product has been constructed using child laborers.

In partnership with advocacy group Active Against Child Labor, the aVOID plugin was released last month to hide products associated with child labor sold by major online retailers Amazon, Target, Macy’s, Yoox, ASOS, Zalando, Otto, Frontlineshop, and Google Shopping. The way aVOID works is by comparing the products with a database generated by AACL. There are currently 147 companies and over one million blocked products in their database.

Currently, the plugin is available for Google Chrome and Safari and takes less than one minute to install. After installation, products sold by banned companies should not show up in product searches.

Unfortunately, it appears the plugin may not always work. After I installed the plugin on Chrome, I performed search for Adidas and Billabong on Amazon and received pages of results. The same thing happened when I searched for Donna Karan on the Macy’s website. I made an inquiry on the aVOID Facebook page and have yet to receive a response.

Have you installed the aVOID plugin and is it working for you?  Tell us about it in the comment section below! 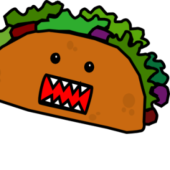 Carol is a native New Yorker who is always looking for a bargain in this ridiculously expensive city. She enjoys writing about her shopping experiences and informing other consumers about the best bang for their buck. In addition to NFS, Carol writes for El Brooklyn Taco, her personal blog about life in Brooklyn, NY.