Over 13,000 Flights Across the U.S. Delayed or Canceled

The major snow storm pounding the east coast is leaving thousands of travelers stranded across the U.S.

February 13 has been marked the worst day for air travel in 2014.

It’s partly attributed to the fact that the airports in the normally warm states of North Carolina and Georgia are ill-equipped to deal with snow.

The other airports in the colder regions affected by the snow storm aren’t immune to cancelations and delays. The Philadelphia International Airport comes in third with 430 canceled flights and 40 delayed flights.

Even the warm states in the west are affected by this nationwide crisis. 47 flights at the San Francisco International Airport were canceled and 168 flights were delayed.

Delta, US Airways, Southwest, ExpressJet, and United are the top 5 airlines with the most delayed and canceled flights.

Want to find out if your flight is delayed or canceled? 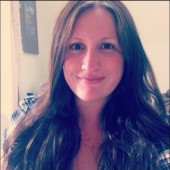 When Chiara Fucarino isn't fulfilling her duties as the founding editor of Oomphify Lifestyle Magazine, she's clipping coupons, searching the Internet for incredible giveaways, and carefully planning her shopping trips around upcoming sales and promotions. If there's anything that excites her more than finding a good deal, it's telling everyone about it!