Paula Deen Fired: But The Trigger Was Pulled BEFORE The Evidence Came In

As we all know Paula Deen is in hot water over racist comments and other hurtful remarks which she has admittedly said in the past.

Here’s the recap: Paula Deen had a deposition in court in which she admitted to the use of the N-word and her participation in racist jokes, in the past, inside her “bathroom/den combination.”

She released a semi-apologetic video, received backlash from it, and then released another rambling sort of a video via YouTube-which later was removed.

And she cancelled a sit-down with the Today Show – in what could have been a shoring up of her character.

Now here we are… endorsements being pulled, televised contracts not being renewed, more accusations surfacing, character questioned… and, in my personal opinion, all a waste of time.

It seems as though we’re getting further and further away from the whole point of the case brought against Paula Deen,  which is discrimination and sexism in the workplace. Not who Paula Deen is, or what her “intimate conversations” are in the privacy of her own home.

I personally don’t care what Paula Deen has said in her home amongst her peers, or what she joked about in the privacy of her own home.

Perhaps she’s a bigot or was raised that way.. after all Paula Deen was born in 1947 in Albany, Georgia, can someone say that was a very different time in the South? Segregation was constitutional, race related discrimination and crimes were an everyday occurrence.

Was the foundation of her upbringing her fault… or my problem?

No, not her fault. She did have parents and racism is taught, not something your born with. But it is her problem, she would have to live with her past, present and future.

What would be – my problem – is if Paula Deen use of the N-word, or any racist word in the workplace or in public. That would affect me, my children, my neighbors, my colleagues, and my race.

And as a consumer, sitting in her restaurant, hearing the N-word over the intercom,  then yes I would definitely have a few choice words to tell the owner(s), as well as where they can shove their food…

But, if I am sitting there enjoying some Southern cooking and all I knew is that in the past the owners used the N-word at home, I likely would sit, eat and write a review on the food. Not on the owners. And, yes, others would possibly categorized me as upholding a racist or agreeing with his/her beliefs. But that doesn’t dictate that conclusion, in my opinion. If it was so, a lot of people should stop eating out and stay home.

We’ve come a long way from the 1940’s to present day. We still have a ways to go, there’s no doubt about it.

But are we buying into the ignorance ourselves by digressing from the case at hand?

I would have to answer yes. We’re paying more attention to what she has admitted to saying, jokingly or not, in the past, between herself and her brother inside her bathroom/den – versus –  what she said to an employee directly at her and her brother’s place of business.

I personally have said, discussed, and vocalized some risky jokes with my husband. Quite frankly, if it ever got outside my home, I myself could be labeled as a racist by others who would find things I have said offensive. I could perhaps even lose my job.

Question… why did Food Network not renew her contract?

Why did QVC suddenly distance themselves?

And why did Smithfield Foods cut ties with her altogether?

Was it because she’s admitted to saying the N-word in the past, or is it because she is accused of discrimination at the workplace, which is what the lawsuit filed is about.

If it’s because she’s been accused of discrimination at work, shouldn’t the lawsuit reach a final judgment before they make their decisions?

If it’s because she admitted to saying the N-word in the past, then shouldn’t a lot of other high profile people, perhaps even some Food Network and Smithfield Foods execs be terminated or their salaries reviewed?

After all, Smithfield Foods was founded in 1936 by a Joseph W Luter Sr. Wonder what the conversations were like in his home between 1930-2013.

So should  these execs  be questioned to determine if they have ever entertained racism themselves? I suspect there’s more than 1 bigot here.

The real issue is Paula’s behavior, not the word(s) she’s used in the past.

TMZ caught up with the Great Rev. Al Sharpton and asked his opinion on the matter; he said it better than I could have said:

“A lot of us have in the past said things we have regretted saying years ago. I think she has a lawsuit now about activities now whether it was discriminatory. And whether or not she’s engaged in things now. It’s not about her past. … She deserves what’s fair, but that’s based on what she’s engaged in now. You cannot deal with what is fair or not fair until we see an outcome of the present circumstances she is accused of, not something that happened 20 years ago.”

Sharpton’s spokesperson wanted to clarify that his statements were not in support, but rather just to push for people to focus on the matters at hand that are more pressing.

What’s your take on the Paula Deen controversy?

Leave your comments below. 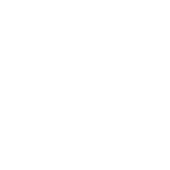 I believe Food Network has successfully made the issue about Paula Deen’s language in the past when in fact it is about her diabetes and has been all along. Food Network does not want to be associated with someone who has diabetes and cooks southern. It goes against the principals of Michele Obama. So, in order to get rid of her, the lawsuit was the perfect opportunity and they blew it out of proportion. The other sponsors fell like dominoes under the fear of being labeled a racist. RACIST is being used a weapon just as the N word and… Read more »

I think it is nonsense to focus on what Paula Deen did or did not say 20 years ago. And if she said such things in the privacy of her home, it is no one else’s business. We have many serious issues in this country and this Paula Deen matter is just not one of them. If people want to fight racism, it is best fought in the voting booth and in the legislature, not on the internet.

I believe this controversy is going beyond what she herself would have thought and it doesn’t seem to make sense anymore give her a break………..

I believe a lot of who we are or who we become stems from what we learn inside our homes, behind closed doors.. I think it’s really important that people are careful and aware of what they say at homes, as they will inevitably bring their true nature ‘outside’ with them. Also some of us have children who hear and see everything even if we try to hide it from them. We might want to be careful about what we teach our children. We can’t hide who we are (behind closed doors or rhetoric..We always take ourselves with us.

Well first of all I really think if it was not only said between her and her brother if so who leaked it? Its not how you are raised it how you chose to live your life when you are old enough to know what right. You chose the path where you want your life to go and its at no cost! If she didn’t mean it she shouldn’t have said it.Am I going to missed her? I am but she made that bed knowing what the outcome would be if anyone got wind of it. Think before you speak.… Read more »

Well said! Truth is, its not about Paula Deen’s past. I’m sure most of us have uttered some things in the privacy of our homes in hopes that no one would ever hear us. Its unfortunate that we are indeed “buying into the ignorance ourselves by digressing from the case at hand” but that’s what we humans do- we judge! I definitely believe that she should be held accountable for what she said to an employee in the work place and not for what was said in her home. After all’s said and done, in the words of Kanye West,… Read more »

Well penned Naomi! I agree with you 110%. Unfortunately conviction before trial in this country has become the norm!