Fans of the hit ABC Family series “Pretty Little Liars” will have the opportunity to put Shay Mitchell and Ian Harding in the hot seat, during a one-hour Ustream video chat event.  Hosted by “On The Red Carpet’s” Rachel Smith, this Ustream event is scheduled for Monday, August 27th at 3pm/6pm ET.  To watch the event unfold, check in at: www.ustream.tv/abcfamily

What questions will be asked?  What secrets will be revealed?  As betrayal and murder loom-and loyalties shift-Mitchell and Harding will likely offer plenty of teasers to keep the fans guessing, including an exclusive clip from the season 3 finale.

To participate in the Ustream video chat, fans can submit questions during the event to the official “Pretty Little Liars” facebook page and on Twitter using #PLLChat, according to a release issued by ABC.

Fans can also jump the gun and sneak a peek of the season finale at: http://abcfamily.go.com/shows/pretty-little-liars   Here, fans can also view past episodes, take the Ultimate Fan quiz, learn more about your favorite characters, and download ABC’s free family app and wallpaper for your iPhone, iPad or computer background. 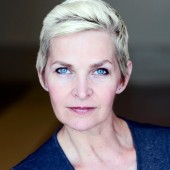